When we think of acquisitions, our minds flash to the large mega-deals reported in the media. Transactions include the purchase of Time Warner by AT&T, CVS buying Aetna Healthcare, and Disney acquiring 21st Century Fox.  Acquisitions, however, are not exclusive for fortune 500 companies. Each year thousands of small and medium-sized privately held companies participate in the acquisition game.

Our company Paraco Gas has acquired fifty-three companies in its fifty-three-year history, most of which were family-owned businesses.

Over the many years, I’ve learned that acquisitions are not just about a buyer paying a seller the highest price. There is much more to a successful transaction between buyer and seller.

For the buyer, the key to success revolves around being innovative, creative, understanding the risk, and getting yourself in a position, as my dad would say, “Being the only girl at the dance.”

The buyer also in the negotiation process needs to understand what is essential to the seller fully and has to find the “Win-Win” transaction that adds value beyond money alone.

I have concluded that acquisitions are the best and fastest vehicle available for both aspiring entrepreneurs and small companies that desire to grow.

So how do companies and individuals that have never made an acquisition get beyond what may seem a daunting or intimidating process and enter into the acquisition game?

Ironically, our first acquisition of a company called Paraco Fuel Corp., which is the root of our corporate name today, has some lessons.

In 1979, my father had been in business for ten years, and the company he founded was called Pastems Incorporated, an industrial welding supply distributor. The business developed a market niche to sell propane to the construction industry for temporary heat and companies that use propane to power forklifts.

Twenty-five percent of our overall sales were propane. So, Pat decided to embark on a creative strategy to buy his own propane company.

His business reasoning was simple. He would cut out the middle man and thus save money on propane, entering into a new industry. Pat did not know the propane industry, and even more critical, Pat was missing one primary ingredient: money. But that did not deter Pat from finding a creative way to make his first acquisition.

Pat believed that the acquisition process was no different than the sale process. The first step would be to define a potential acquisition target through networking and personal relationships.

He assigned me the task of finding a propane company for sale. I was only a few years out of college, and with Pat’s guidance, I was able to network with one of our vendors who sold products to the propane industry.

He introduced us to Ben and David Neuman, brothers who owned a retail Propane and Oil business in Peekskill, New York, called Paraco Fuel Corporation. The company was incorporated in 1954, the year I was born, but actually, it started years earlier. Our first meeting was at a local diner, and over six months and many more meetings, Pat developed the chemistry and trust to proceed with a possible purchase.

The next step for Pat was to negotiate a contract of sale despite the fact he had limited capital. During the due diligence process, Pat discovered that Paraco Fuel Corporation, like most companies, had some unique challenges and opportunities. The major challenge was that the Neuman’s also owned a boat business which took time away from managing their propane company.

In addition, the company employees were represented by a union in an industry that was primarily non–union, and the workforce had developed poor work habits.

Pat saw the challenges as opportunities. He was sure he could operate a union business as his present company was unionized. The lack of management, if appropriately fixed, would turn into efficiencies in the operation of the companies.

In addition, Pat discovered that the company had very little growth in a market with plenty of new sales opportunities. The value added for Pat was the sales and marketing expertise that he would bring into his newly acquired company.

He was sure that he could quickly expand the customer base.

There was only one thing left for Pat to solve. How to buy the company with no capital. He had to find a “win-win” transaction that would motivate the Neumans to give Pat a seller’s note to purchase the company.

Pat discovered that the company was a “C” corporation. The sale of the business could subject the Neumans to double taxation. Pat decided to take a calculated risk. He would purchase the company as a stock transaction, which added the risk of inheriting potential past and unknown liabilities.

In exchange for this concession, he would get a ten-year seller’s note that Pat was confident could be paid back by the yearly cash flows of the business. This is a business concept known as “OPM,” other people’s money.

The lessons learned from our first acquisition carried over to subsequent ones. As we continued to make acquisitions, we learned additional lessons, and our acquisition strategy became the cornerstone of our growth and success.

Today, there are thousands of small companies in all different industries for sale. Companies that possess opportunities and challenges, companies that may be difficult to sell, and businesses looking for the right person or company to help them with their exit strategy. Like many of you who have not purchased a business, these sellers have never sold one.

All it takes for an aggressive buyer is a commitment to uncover those opportunities and focus on Pat’s mantra when faced with business challenges “No problems, just solutions.” 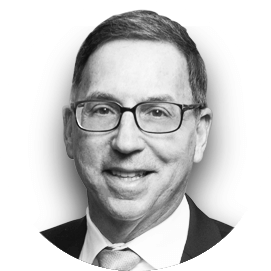 Hello there! I am a business speaker, an author, and the Chief Executive Officer of Paraco Gas Corporation, one of the most recognizable brands in propane.